Home » Sports » Women’s Sport: No exposure, no funding – no excuses.

Women’s Sport: No exposure, no funding – no excuses. 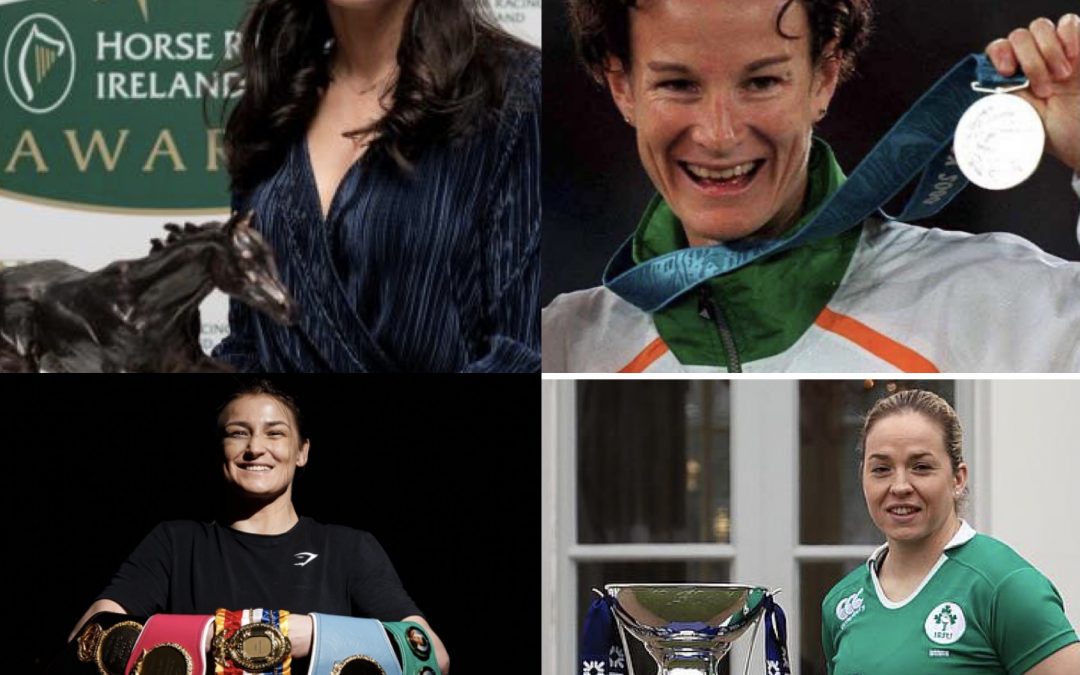 It was International Women’s Day on Monday last, which drew me to write about some of the wonderful sportswomen who have changed society’s general perceptions about the athletic capabilities of females, and the growing popularity of women’s sport.

Then I sat down and I saw the very next day how much backlash the Meghan Markle story was receiving, the vilification of Sarah Everard – and it resonated to me that we don’t really seem to have these days just to celebrate women, but more so to highlight our lack of understanding, the glaring inferiority complex which society has created for women, and just how many people refuse to ever hold men and women in the same standing, be that in sport or just life in general.

Unfortunately, despite growing support in funding, revenue generation and viewing figures – women’s sport still finds itself searching for a somewhat unattainable finish line. An excerpt from a piece by Colin Sheridan in this week’s Irish Examiner spoke about how in the 1990s in Ireland, male sport was a consistent well of underachievement, and it was women who were putting Ireland on the map – namely the likes of Sonia O’Sullivan, Catherina McKiernan and Michelle Smith.

“Yet, O’Sullivan and McKiernan prevailed consistently on the biggest stages, perhaps unsurprisingly in an individual sport, unsupported by a system. Two women driven by unquestionable talent, the raw materials required for them to excel being nothing but an open road and a pair of running shoes. As a nation, we watched, enthralled. We gave them the same homecomings we gave our men. Then, we just kinda forgot.”

The question we must ask ourselves is why. Why did we forget? It’s likely the result of our sub-conscious caveman-like thought process that men are stronger than women, a simple physiological argument that has been used as a weapon to depreciate the achievements of women for centuries. That argument has created many strands of contentious debate – such as the right to equal pay for doing the same work, and now the rights for transgender athletes to be able to compete as the gender they identify with.

The case of Caster Semenya and how the door keeps getting shut in her face is one that would break the heart of any decent-minded human. World Athletics regulations require women with high levels of testosterone in their system to take medication in order to facilitate them to compete in 400-1600m races. Semenya, a double Olympic gold medalist, was unstoppable before the regulation came into place –  but were she coming 4th or 5th in every race, you have to wonder if World Athletics would be as bothered? 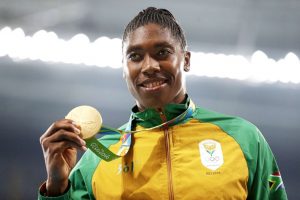 Caster Semenya’s case is indicative of far-reaching problems in society, not just sport.

The pay comparison between men and women’s footballers is something that crops up regularly as a field of debate. Many believe it’s a matter of sexism whereas others attribute the divide to economics – the demand for the men’s game being far greater, thus the resources available within the industry being likewise.

Women achieve things in both life and sport that men never could. The same can be said vice-versa. The problem which exists is that the battle seems to be focused upon outdoing each other as opposed to striking a balance and establishing unilateral equality. There’s no greater counterpoint to the assertion that men are stronger than women than Serena Williams winning the Australian Open whilst pregnant in 2017. No man has of course ever done this, but anonst to ourselves we recognise an imbalance.

Phil Healy was on the news this weekend following the European Indoor Championships. She left it all out on the track was terribly unlucky not to come home without a medal. Rory McIlroy, who finished tied 10th in a US golf tournament, saw significantly more airtime on the national news. That was no fault of Healy’s though, it’s just indicative of how we treat sportsmen and sportswomen differently, and hold their achievements in different standing.

Unless sportswomen speak out on injustices or their sports receive significant sponsorships and investments, most things fade out into nothing. Last minute GAA venue changes, being forced to share the same kits, academy funding being decimated – these are things which seem otherworldly to male Irish athletes, yet for women, they’re part of the everyday challenges of making it in professional sport.

Sonia O’Sullivan, Katie Taylor, Sanita Puspure, Rachael Blackmore – they are just some of the names that pop into my head when I think of women that we’ve been so quick to laud and celebrate. Yet the greatest obstacle to their development was probably the constructs that we as a society created for them, the barriers we unknowingly or perhaps knowingly built, that they have shown the strength to overcome. 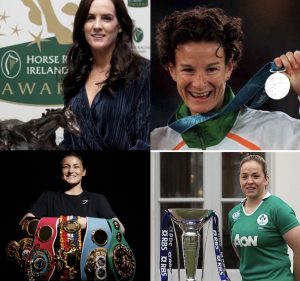 We’re very quick as a nation to celebrate success, success that we ourselves have often created the obstacles to.

International Women’s Day gives us all an opportunity to reflect. To celebrate strong and wonderful women, those in our everyday lives and those who grace our screens. But what happens when it’s over – do we just go on and continue to follow the course of history? To not bother watching the women’s soccer, to dismiss camogie as boring, to claim female jockeys have it easier with weight allowances and whatever other nonsense people can create to justify their ignorance. Probably.

“We love to celebrate these women as one of our own when they ‘achieve the impossible’, but when are we going to acknowledge that it’s actually us who created the additional challenges in the first place?”

I hold my own hands up. I’ve barely watched women’s sport for the vast majority of my life. I think the media have a responsibility too to give a greater proportion of coverage to women’s sporting events. Half the reason we know so little about women’s sport is simple, we’ve never had the interest, nor have we pretended to. The exposure levels are minimal, so it’s once in a blue moon when you actually get to sit down and watch a ladies’ football game, tennis tournament or soccer match. If you’re already occupied, the window of opportunity has been and gone for another two or three months.

Some good work is being done to address these problems, but a whole lot more needs to follow. The next time you ask yourself why days like International Women’s Day exist, think about it. It’s very self-explanatory.

As one famous sportswoman coined – “We’re not there yet, but thank God we’re not where we used to be.”