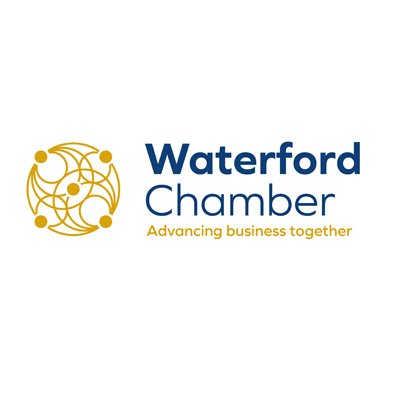 With only 40% of electricity used throughout the year in Ireland coming from clean generation, the Government intends to increase it to 70% by 2030 and have charged EirGrid with making the grid ready to ensure this happens.

Part of the Eirgrid strategy was to conduct a series of consultation webinars, one of which Waterford Chamber hosted, where EirGrid’s Chief Innovative and Planning Officer Liam Ryan and Head of Future Networks Robbie Aherne explained the four approaches to attaining this 70% target.

“To achieve this target, we need to reduce the dependency on fossil fuels as clean electricity is a key decarbonising component in Ireland’s Climate Action Plan. We need to add more energy from the wind and the sun to the power system. This means that Ireland’s electricity grid will need to carry more power from renewable energy sources that vary, depending on the weather, and this power will need to be carried over longer distances. As a result, we need to make the grid stronger and more flexible.,” stated Mr Ryan.

The four options being considered by EirGrid and for which they are seeking public input are:

“All four options are different and will provoke debate and that’s why we are undertaking extensive public consultation. Option 1 is highly likely to succeed; Option 2 is unlikely and it would not be deliverable before 2030; Option 3 would require high voltage underground cables to transport power in bulk underground and would be very challenging to complete on time; and Option 4 would require large electricity users to located in preferred locations to succeed.  The final solution may well be a blend. We can’t make this decision on our own – we need feedback from business, communities, the public, and from the younger generation also.”

He added: “Some of the approaches depend on the actions of stakeholders to succeed and all approaches need timely public consent, which is why we are consulting so extensively.”

As well as working with Waterford Chamber, through Chambers Ireland, and with other chambers within the network, EirGrid is also working with Irish Rural Link and the National Youth Council. The company will also host an industry forum for generation companies and developers, large energy users and suppliers, as well as hosting a Civic Society Forum including academia, agriculture, community, environment, sustainable development, and social justice as well as a public forum, like the Citizens’ Assemblies run by the Government.

According to Gerald Hurley, CEO Waterford Chamber: “The move to clean electricity will affect everyone in Ireland so this is an ideal opportunity for people to share their views. Waterford Chamber will most certainly be submitting a response by the deadline of 12 noon on 14th June 2021 as we feel this is a great opportunity for us to play our part in finding the best way of shaping Ireland’s electricity future.”