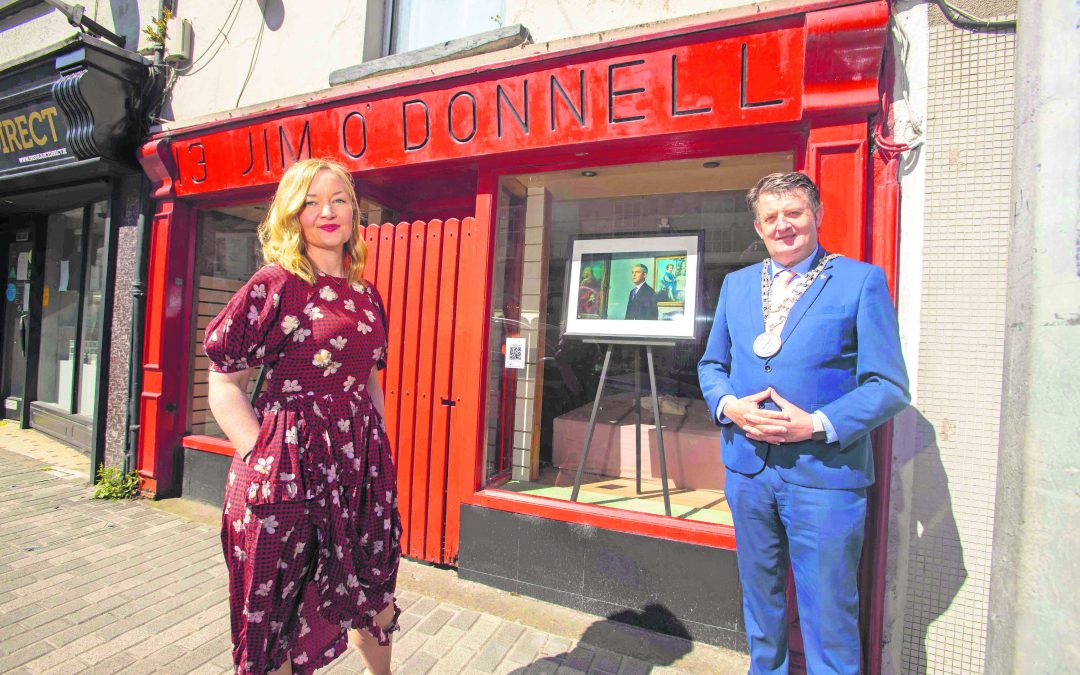 Running from May through to September 2021, in various shop windows, the Arts Centre and Library throughout the coastal town, Dungarvan Art Trail is delighted to present The Vertigo Project by internationally acclaimed, locally based, dye transfer printer and artist Jean Curran.

The Dungarvan Art Trail, conceived by Jean Curran, has been brought to life with the generous support of Creative Ireland Waterford, the Arts Office, Waterford City and County Council, as well as the input and openness of local business and property owners.

The Dungarvan Art Trail initiative has created an opportunity for viewers to re-appraise their connection with the space in which the art is displayed and aims to deepen the level of engagement between the community, local business and the artworks.

The project involves a series of 18 original handmade dye transfer prints by Irish artist Jean Curran – a work of editing and re-presentation that takes key scenes from Alfred Hitchcock’s Vertigo to reveal the artistry of the film in a fresh and novel way. 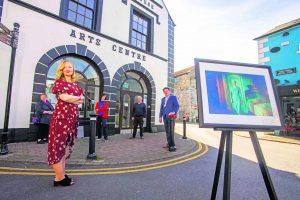 Produced with the full co-operation of the Hitchcock estate, Jean first edited select frames from a rare original Technicolor dye imbibition print of Vertigo from 1958, and then printed them using the same dye transfer process by which the movie was made.

This experiential exhibition of dye transfer photographic prints in Dungarvan is made up of scenes from Sir Alfred Hitchcock’s Technicolor masterpiece Vertigo. This is the first showing of these prints in Ireland, they have previously been exhibited in New York, Los Angeles, Paris and London. Through the work the artist is paying homage to a golden era of film making and to Hitchcock, one of the greatest film makers of all time.

Vertigo was first released on the 9th of May, 1958 and is now largely recognized as Hitchcock’s greatest achievement.   It tells the story of a police detective (Jimmy Stewart) who falls obsessively in love with the woman he has been paid to follow (Kim Novak). Failing to prevent Novak’s character from jumping to her death because of his vertigo, Stewart spirals into an ever darker state of despair until a chance sighting of a girl who resembles Novak reignites his passion and unravels a complex web of deceit and crime. 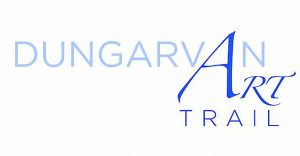 The film’s underlying themes of voyeurism, eroticism and dark emotions are portrayed delicately and with great intelligence through Hitchcock’s rigorously composed shots while his use of color moves the story along into masterfully layered compositions.

Recognized by film critics and connoisseurs for the remarkable care with which each scene was composed, the single frames and set-ups of Vertigo reveal Hitchcock’s aesthetic not just as cinematic but as photographic, prefiguring and influencing the work of contemporary artists from Eggleston to Cindy Sherman.

Brought to new life in richly luminous prints Jean’s Vertigo project is a fitting tribute to the film, the master craftsmanship that made it as well as an original work of art in its own right.

Irish artist Jean Curran (b1981) is one of only a small handful of working dye transfer printers in the world and the only artist to be using dye transfer printing as the basis for her contemporary practice. She works from her family farm in Kilmacthomas, County Waterford.

Her vibrant and rich prints invite the viewers into the spaces they’ve known as moving images and without force maneuvers, the viewer deeper and further into each selected scene.

The isolation of a specific aesthetic aspect of cinema also structures Jean’s work, which is delivered through an aesthetic filter that both replicates and celebrates earlier modes of colour and image creation.

The process by which Jean makes her prints is deeply laborious and the time, technical knowledge, and attention that she bestows on each colour print recall a painter or sculptors dedication to their art as expressed through the process of construction.

In this way, Jean not only returns to earlier modes of image making but also older ways of conceptualising artistic production itself that involves nurturing the relationship between labor and reverence for a subject.

Jean’s transformation of movie frames gives us a chance to think about photography, its technological transitions and myriad points of connection to film, cinema history, and painting.

“As one of only a handful of dye transfer printers in the world, and the only contemporary artist using this almost obsolete craft as part of my practice, I am thrilled to have the opportunity to show the works in my home county and local town,” said Jean Curran.

Commenting on the Dungarvan Art Trail, Margaret Organ, Arts Officer, Waterford City & Council said: “In recent times, people have been unable to go into galleries, indeed some people do not visit galleries at all. The Dungarvan Art Trail places art central to our daily lives, as people pass buildings which they often don’t give a second glance to. Having an artist of Jean Curran’s ability to re-imagine spaces and to open conversations about creativity, imagination and art is a great opportunity.”

Katherine Collins, Creative Waterford Coordinator, said: “Creative Waterford is delighted to sponsor this fantastic project as part of our Creative Communities initiative. The collaboration between Jean Curran, the local authority and the business community brings vibrancy and life to the town of Dungarvan and helps us consider how intrinsic creativity is in our lives, and how the arts can be accessed by the public in different ways.”