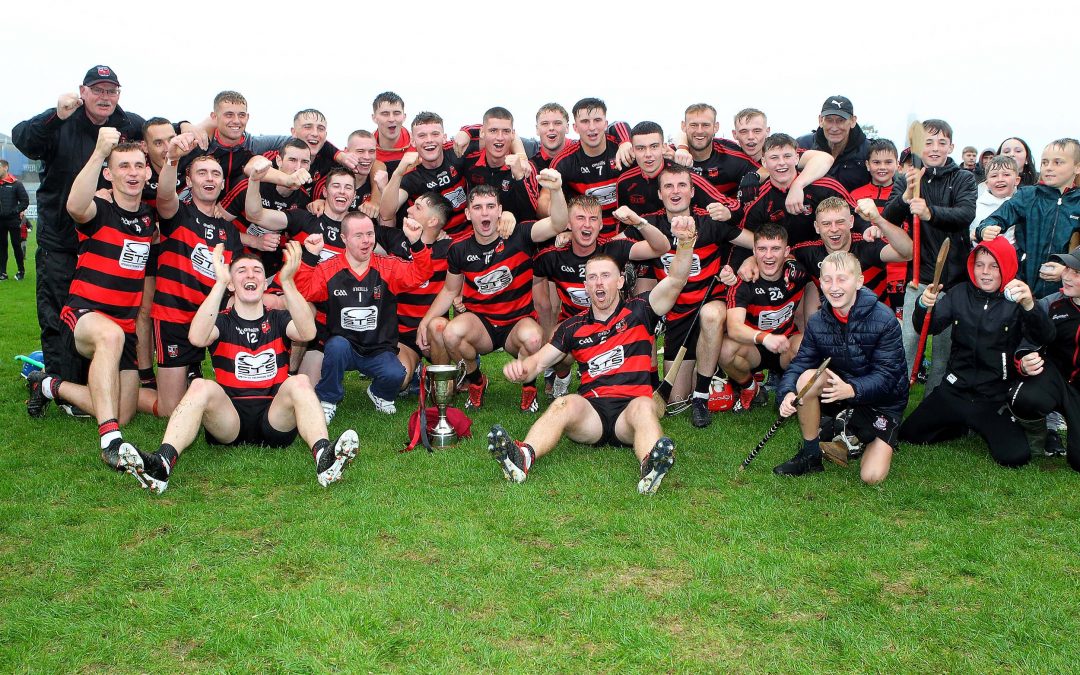 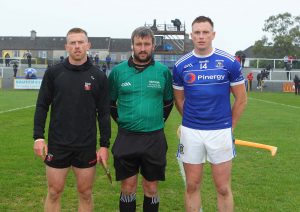 Ballygunner won their ninth consecutive Waterford senior hurling title at Walsh Park on Sunday last.
Goals in either half from Pauric Mahony and Peter Hogan proved decisive on an afternoon when scores
were hard earned and difficult to come-by.
Given the official ‘Orange’ weather warning for rainfall, the fixture was under constant review before
referee Thomas Walsh declared the pitch playable.
While the level of rainfall predicted thankfully didn’t arrive nonetheless the incessant rain and slippery
surface made hurling difficult for both sides.
Manager Darragh O’Sullivan made one alteration from their semi-final win over Roanmore with Patrick
Fitzgerald getting his first start while Mount Sion started with the same 15 from their semi-final victory
over De La Salle.
Mount Sion had corner backs Mikey Daykin and PJ Fanning frequently on an island against the deadly
duo of Patrick Fitzgerald and Dessie Hutchinson with the Sion defenders generally doing well.
At the opposite end Shane O’Sullivan was designated man marking duties trailing Mount Sion captain
and talisman Austin Gleeson. The difficult conditions and a crowded middle third made for much intense
hurling with challenges and tackles ferocious at times.
Pauric Mahony pointed from an early free to get the reigning champions on the scoreboard. In the 9th
minute a quick free from Pauric Mahony to final debutant Patrick Fitzgerald created an instant goal
chance but Fitzgerald’s effort was saved on the goal-line by PJ Fanning and cleared to safety.
Dessie Hutchinson had a second Gunners point after an assist from Mikey Mahony, 0-2 to 0-0 after 13
minutes.
Owen Whelan won difficult possession before sending Jamie Gleeson through on goal with Gleeson
shipping a high tackle from Barry Coughlan (yellow card) before referee Thomas Walsh signalled a
penalty.
Austin Gleeson’s well struck shot was brilliantly and acrobatically saved by the diving Stephen O’Keeffe
as Mount Sion also failed to garner any advantage from the opportunity.
Mount Sion eventually had their opening point when Gleeson landed a monster free from just outside his
own 45m line after 16 minutes. 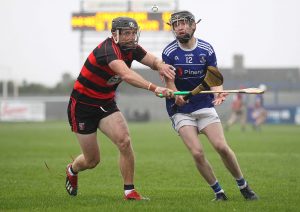 Straight from the resulting puck-out Mikey Mahony caught high over his maker and proceeded to draw
the cover before placing the unmarked Pauric Mahony to calmly finish to the net past the advancing
Mount Sion goalkeeper Ian O’Regan, 1-2 to 0-1.
Dessie Hutchinson pointed again before Austin Gleeson had his and Mount Sion’s second point from a
free on 25 minutes.
Mahony responded with a free of his own with brother Mikey Mahony also doing well to bisect the posts
and get his name on the scoresheet.
A speculative effort from Austin Gleeson from a 20m free before the break was mis-hit and easily dealt
with. However Gleeson did convert another free to leave matters poised 1-5 to 0-3 at half-time.
Moments after resumption Austin Gleeson landed another free when substitute John Kennedy was caught
high by Paddy Leavey.
Hutchinson then was wide when shooting across the face of Ian O’Regan’s goal.

With 35 minutes played a well placed pass from Martin F. O’Neill had Alan Kirwan resourcefully one-
handed shooting for goal with Stephen O’Keeffe, again showing all the form that previously earned the

Ballygunner goalkeeper an All-star, with another top drawer save to deny Kirwan.
Pauric Mahony (f) and Kevin Mahony pointed in succession to keep Gunners just out of reach of their
challengers.
Substitute Dylan Butler found Evan Curran available to point for ‘Sion’s opening score from play after 41
minutes.
Peter Hogan similarly snipped a point on the run with Billy O’Keeffe coming off the bench to enter the
fray for the All-Ireland club champions.
Owen Whelan pointed from the side-line in front of the stand with Martin O’Neill pointing moments later
from a quick Austin Gleeson to reduce the margin to just four points 1-8 to 0-7 with 48 minutes played.
Billy O’Keeffe then proved his worth with two in as many minutes. 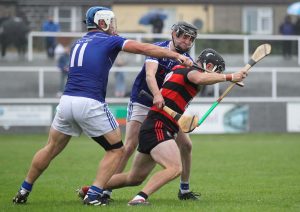 Ballygunner’s Ian Kenny powers his way out of defence against Mount Sion.

Austin Gleeson responded in kind soloing half the length of Walsh Park before pointing wonderfully off
the stick to bring the Sion faithfully to their feet, 1-10 to 0-8 after 51 minutes.

However just a minute later Peter Hogan careered through the Mount Sion defence and then with a pin-
point accuracy rifled the sliotar to the top corner of the net for a second and decisive Ballygunner goal, 2-

10 to 0-8.
John Meaney’s charges now had to chase goals but chances were few and far between.
Pauric Mahony added one further free to close out the scoring as Ballygunner claimed their ninth senior
hurling title in a row .
Stephen O’Keeffe was well deserving of his man-of-the-match award with dominant defensive displays
from Ian Kenny and Philip Mahony.
Conor Sheehan was industrious throughout with Mikey Mahony, Pauric Mahony, Dessie Hutchinson,
substitute Billy O’Keeffe and in particular Peter Hogan all contributing hugely to the win.
Mount Sion ultimately simply didn’t convert enough of their chances to threaten the result.
Austin Gleeson covered an amount ground for his side in a tireless display.
Mikey Daykin, Luke O’Brien and PJ Fanning were outstanding in defence with Martin F. O’Neill having
a productive outing.
Stephen Roche and Evan Curran were busy throughout with Owen Whelan, Martin O’Neill, Jamie
Gleeson and Alan Kirwan all having their moments.
Ballygunner will face the Tipperary champions at a Waterford venue in the opening round of this seasons
Munster club on Sunday, November 6th. 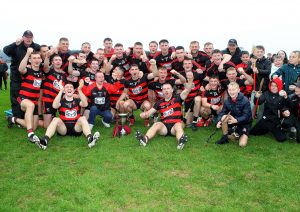