Home » Sports » Sport suffering at the hands of government ‘guidance’

Sport suffering at the hands of government ‘guidance’ 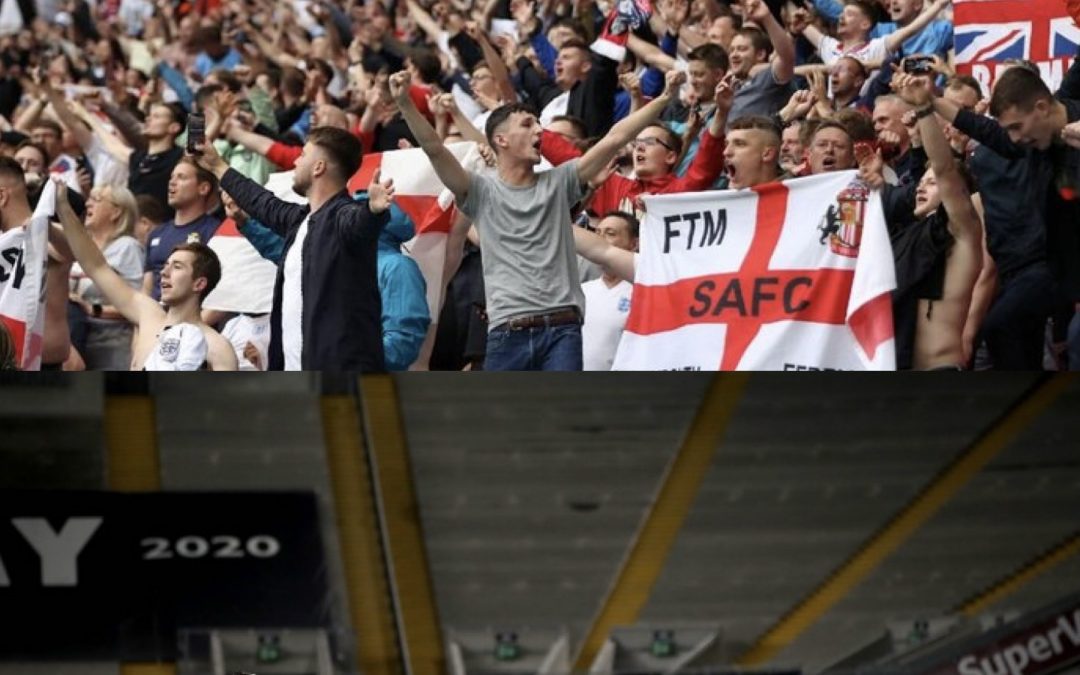 If the government were a goalkeeper entrusted with saving a penalty to restore the hopes of the nation going into the latter stages of an arduous and trying journey, it’s fair to say they would be more of a Loris Karius than an Edwin Van der Sar.

I sat down on Tuesday evening last to watch England play Germany at Wembley. There was 45,000 people present, watching the Three Lions get a deserved 2-0 victory.

There was an atmosphere, there was joy, a cause for celebration – things that seem so distant to us across the sea that they’re as good as a thing of the past, because the hope of them returning seems to dissipate further with each passing minute.

That game should have been played in Dublin’s Aviva Stadium, had all gone to plan. Half a billion people sat down to watch the greatest sporting event that should have taken place on Irish shores. Should have, could have, didn’t.

There’s no doubt that the local residents of Ballsbridge probably didn’t miss the thousands of tanked Brexit brigadiers descending upon their neighbourhoods, but our business sectors will be left reeling from the loss of an unprecedented marketing opportunity.

With our government flip-flopping between a rock and a hard place, Ireland found itself unable to commit to criteria required for fan attendances, UEFA ultimately withdrawing Dublin as a host city in April – and in doing so, Ireland became the only co-host of 12 unable to fulfil its obligations. Once again, a cautious outlier in Europe. 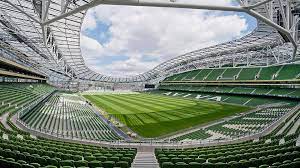 Sport, like so many facets of life which we enjoy – has become a victim of incompetence, lack of clarity, delegated leadership and the country being run on essentially no more than a wing and a prayer.

Watching Waterford take on Clare in the Munster Senior Hurling Championship was almost depressing, when you would flick one channel up and see 52,000 fans enjoying themselves in Budapest at Netherlands vs. The Czech Republic. In a stadium like Semple Stadium, surely there has to be some sort of logical application of social distancing? There could have been five empty seats between every spectator and you still could have fit 15,000 fans in. Yet, somehow people wonder why behind-closed-doors games can be drab and dull affairs. 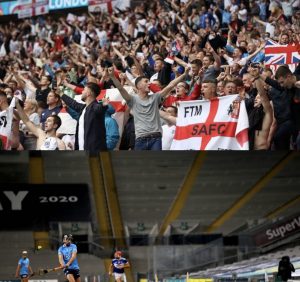 One packed to the rafters, the other without a sinner – with only a sea to separate us.

Political caution which has come in the aftermath of the government’s Christmas calamity, has destroyed sports through fear, disinterest, indifference and lack of foresight, planning & innovation.

Conservatism has been a setback for sport, and the businesses who thrive upon it. These hap-hazard decisions will ultimately decimate the revenue streams to the state’s pockets across tourism, marketing and creative sectors.

The FAI remains up in flames – every successful footballer in this country leaves to go on a US scholarship, or join a club in the UK. There is absolutely nothing to tempt our youth to stay here, we have no resources and no plan. Young people are an afterthought when it comes to 99.9% of policies. Two of England’s best players at the Euros, played for Ireland not so long ago. (Fair enough, it was their personal choice to switch allegiance, but you catch my drift)

You don’t have to be fully vaccinated to go to the cinema, where you could watch a film that might run for as long as three hours. However, you can’t eat a meal in a restaurant which might take you a few minutes, but you can – if you fork out the price to stay in a hotel. You can go to a hotel and sleep in the same bed as a complete stranger the night before you, but you can’t sit in a 50,000+ capacity stadium, outside, wearing a mask, and ensuring social distancing? Make it make sense. 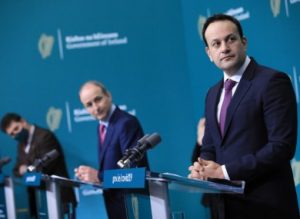 Mixed messaging from the government has further exacerbated anger among sporting sectors.

Ireland is an outlier. We were the only country who were supposed to host some Euro 2020 games but couldn’t. We are the only country in Europe unable to resume indoor dining. It isn’t a case of coincidence. It’s a case of damaging caution that will leave long-lasting effects on industries, livelihoods and the youth. The sour taste left in the mouth by this pandemic will see some of our most skilled sportspeople depart these shores at the earliest viable opportunity, and many of our proudest boasts – our rugby team, our brilliant horse trainers, our superb rowers and dazzling boxers, could find themselves in the same situation as our national soccer team down the line, up a certain creek with no paddles.

We’re now facing into yet another summer of ‘trial events’. I’d say something if this was summer number one, but this is our second shot at this and we still don’t seem to have an iota. As a young person, I’m fed up.

ICU numbers remain low. Of course, the threat of the Delta variant is there, but there’ll be others to follow too. Once everyone in the country over the age of 50 as well as those with underlying health conditions are fully vaccinated, surely the risk factor is relatively minimal in comparison to the let loose for Christmas carry-on that landed the country down the drain pipes until May.

We need fans in stadiums. We need investment in sport. We need incentives to encourage young people to stay in Ireland. Sport is suffering, and the implications of each passing week will have far reaching misery in times to come. How many young people will have completely lost interest in their respective sport as a result of being unable to play in the height of COVID? How difficult will it be now to coax them back, when they can’t even be brought to a match by their parents? 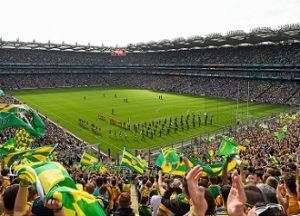 Some day, crowds will return – but a long road seems to be ahead.

I remember sitting in Croke Park last December after Waterford lost the All-Ireland final. I think in hindsight, I was more upset at the fact no one was there to witness such an occasion than the result in the end. It’s all the more sickening when you see people falling out of beer gardens every weekend, towns packed to rafters with tourists and supermarkets choc-a-bloc. If we can’t manage crowds in huge stadiums, then we can’t manage at all.

This article is probably a bit all over the place, but then again – so is the topic. I’ve understood the caution all along, but now – it’ll only cause further harm in the long run.