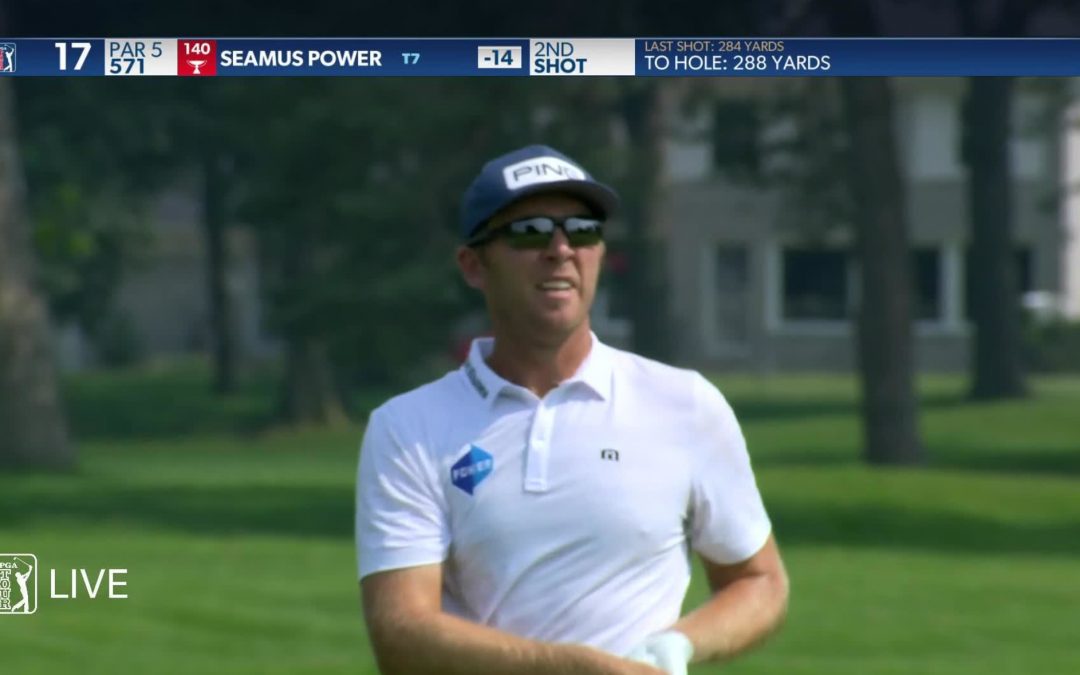 Seamus Power produced his best finish of the season on the PGA Tour when he finished in a tie for eighth at the Rocket Mortgage Classic in Detroit on Sunday. Having finished in a tie for ninth at the AT & T Byron Nelson in May and tied 19th at the Travelers Championship on June 27th, Power produced four consistent rounds for his tie for eighth with 16 birdies and just one bogey.

He got off to the best possible start on Thursday when he played his second shot on the 10th, his opening hole, to just three feet from the hole and sank the putt for an opening birdie. Another birdie followed on the 17th as he turned at two under par. Power finished his opening round in great style with three consecutive birdies on the 7th, 8th and 9th to sign for an opening round of 66.

Friday’s second round was less impressive with just two birdies but Power’s only bogey of the entire four rounds on the par four 12th could have been much worse but for a 10ft 10 inches putt for the bogey. Nevertheless, the one under par round of 71 left him on seven under par at the half-way stage, just three shots off the lead. Interestingly just seven shots separated the 77 players who made the cut meaning there were very many players in with a chance of victory.

Power has been playing well over the last few months and has been in contention on more than one occasion but his tendency to throw in the odd double bogey at the most inopportune time has cost him dearly.

Power picked up a cheque for $212,000 and moved up 19 places on the FedEx Cup standings from 159th to 140th. He will tee it up again on Thursday in the John Deere Classic and with the Barbasol Championship to follow (on the same week as the British Open), a continuation of recent form could see Power go a long way to regaining his full PGA Tour card.