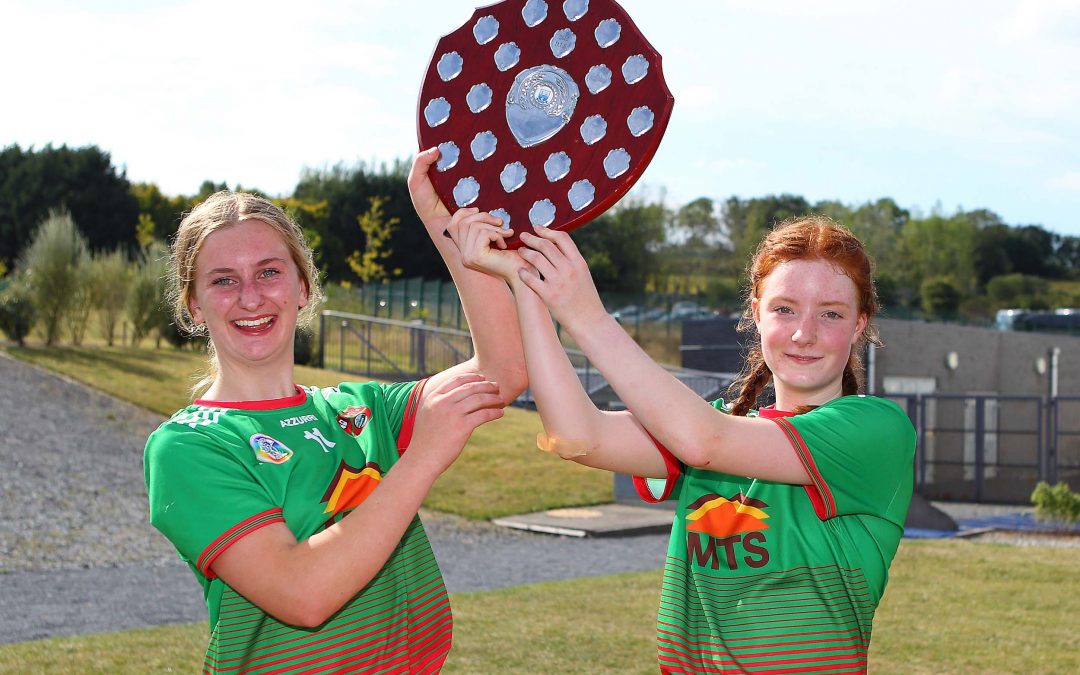 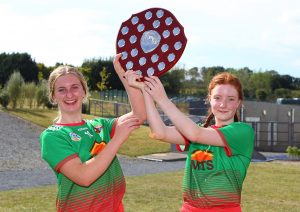 The joint captains of St.Annes, Niamh Halley Hannah McGrath with the U-16B Shield.

The Under 16B Cup Final between St Anne’s and Portlaw was a one-sided affair from the start with St
Anne’s securing four goals in the opening half, thanks to Niamh Halley, Taylor Higgins
and two from Aoife Lynch.
Ava Fitzpatrick kept Portlaw in the game with a 1-3 tally, however St Anne’s led 4-6 to 1-4 at the break.
Gillian Mullins and Kayleigh McGrath were strong in defence for Portlaw in the second half, minimising
St Anne’s scoring to two scores. Taylor Higgins found the net for the second time for St Anne’s while
Emma Walsh secured two further points for Portlaw. 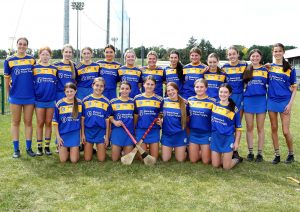 There were some very impressive performances for St Anne’s from Hannah McGrath (0-2), Aisling
Bonnar (0-2) Niamh Halley (1-1), Aoife Lynch (2-0), Taylor Higgins (2-0) and Gaynor Butler (0-1), and
for Portlaw Gillian Mullins and Kayleigh McGrath were strong in defence while Ava Fitzpatrick was the
best scorer for Portlaw with a final tally of 2-5.