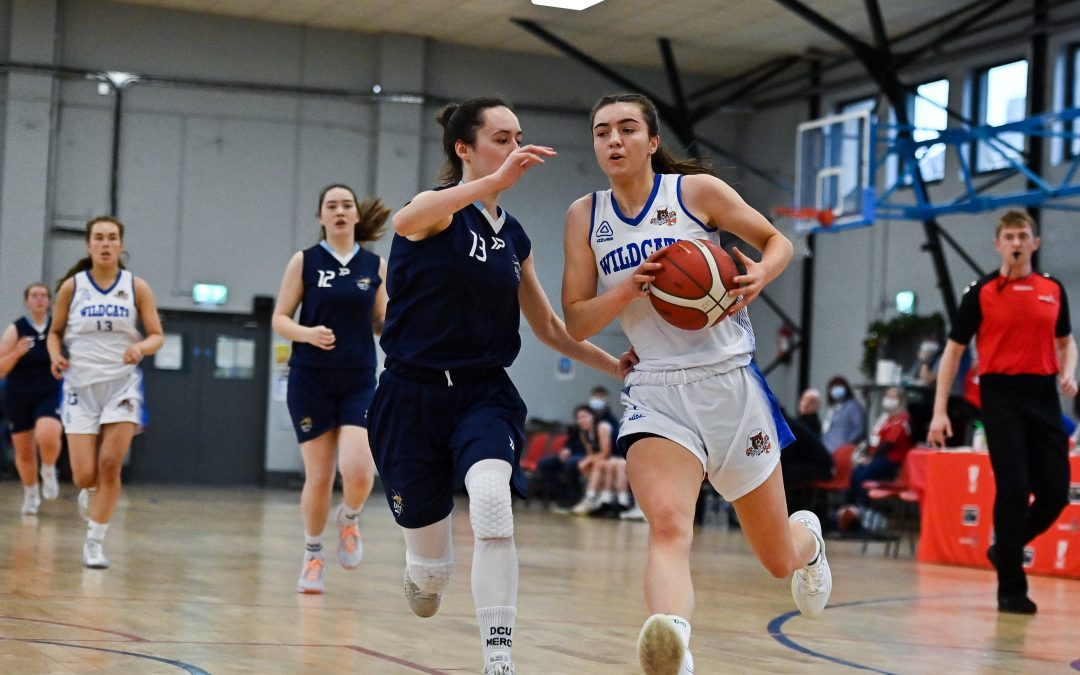 Catherine Power
Waterford’s Wildcats bid to repeat their success in the 2020 Women’s U20 Cup final when they take on Portlaoise Panthers in this year’s decider at the National Basketball Arena on Sunday next. 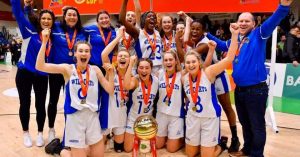 Wildcats were good value for their 20-points wins over DCU Mercy in the semi-final in Cork on Sunday week last, a performance coach Jillian Hayes was relatively pleased with. “When I saw DCU warming up I thought our players were way taller and stronger looking and I thought we would do a good job. However we were poor enough under the boards, which was surprising given the height of our team, but it’s something we’ve been able to work on in training. Although DCU probably got off to the better start, the girls kept their composure. When things weren’t going their way they didn’t panic, they stayed in the game and eventually the scores started to drop. Ardiana (Shallei) came off the bench and landed a couple of brilliant three-pointers at crucial stages so overall I was happy enough with our performance and once we got into our stride, DCU were never able to get close enough to threaten the lead.” 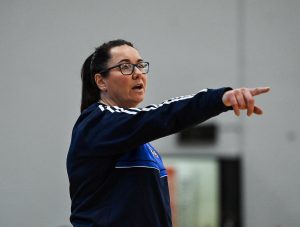 The U20’s success was some consolation for Wildcats whose seniors were defeated by the same opposition in the senior semi-final the previous day, a result which left the club very disappointed according to Hayes. “It would have been lovely to have two teams going to the arena next weekend to contest the finals but that’s sport. The seniors fought hard but they didn’t get the win. The players were disgusted leaving the gym as they really felt that had a great chacnce to win. It was a very quiet drive home. Normally a team would have a week to recover from a defeat like that but the under 20 players on the senior team had to travel back to Cork the following day so they had no time to mope and dwell on the loss, they just had to get on with it.”
Wildcats and Portlaoise Panthers are very familiar with each other, having contested underage national finals over the past few years with little seperating the teams. Jillian Hayes is expecting another very close game on Sunday. “We’ve met Portlaoise plenty of times and we know a lot about them. I’m expecting a great game but we’ve always had very close games with only a few points between us. Obviously over the last two years with the pandemic, we haven’t played them much but we did at U16 and U18 level and the games have always been very close. Hopefully we can get to the arena next Sunday fully fit and with all our team available. The pandemic is playing havoc with preparation as the players have to be so careful, but the same applies to every club in the country. |Everyone’s preparation has been interrupted.”
Jillian Hayes is mindful of the affect of playing in the arena can have on some players but is confident her team can step up to the mark. “We won the cup two years ago in the arena and although a lot of this team didn’t get to play big minutes in that final, they were part of the squad and were able to experience the atmosphere. I will be telling them to go out and enjoy every minute of being in the final. It’s where every club wants to me and they need to really savour the whole ocassion.” Hayes is of course is one of Ireland’s most successful players and while she is relishing the challenge of coaching her team in the final, she would love to be out on the court with them. “It’s way harder, for me at any rate, to be a coach. When I was playing I felt much more in control whereas on the sideline you’re trying to concentrate on everything and everyone and not just yourself. I do love coaching though and find it very rewarding, passing on skills to our up and coming Wildcats’ players. We had a brilliant time at the arena two years ago and hope to repeat it again next Sunday. 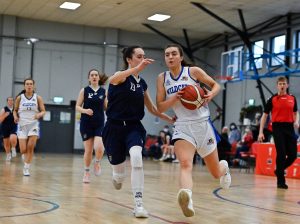 Kate Hickey in action for Wildcats during the semi-final win over DCU.